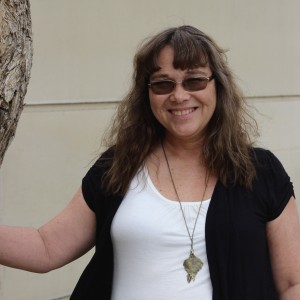 Born into a military family, we were always coming or going from someplace. A harsh upbringing and the Vietnam War contributed to my dad’s alcoholism and I grew up with fear, shame and confusion.

The Lord orchestrated a series of events that drew me to church and I went to a youth summer camp. There it finally sunk into my heart how much God loved me, the real me, the me that nobody else knew! And at 16, I received Christ as my Savior.

Since then, there have been ups and downs, but the Lord has never given up on me. I’ve spent about 35 years working and teaching in Sunday Schools, youth groups and singles groups. I studied and worked in the computer field for 15 years. I was also sent out to serve in the missions field for a year in Mexico City. I have now been married for 23 years and have 2 teen daughters who are on the verge of taking that last step of independence.

I met Scott Richards in the late 80’s, where we served together at our then church, and then the Lord took us in different directions. But in 2004 we were blessed to become part of this fellowship. I volunteered at the office and became a part time secretary for A Reason For Hope (formerly: “Scott Richards Live”) in 2007, and then came on as full time secretary for CCF. I love working here and getting to serve everyone. My husband and I both work together with the high school students and love them dearly.

Scott Richards is a graduate of The University of Arizona, and Talbot Theological Seminary. … END_OF_DOCUMENT_TOKEN_TO_BE_REPLACED

If you have further questions in regards to doctrine or the Bible, please feel free to write us a … END_OF_DOCUMENT_TOKEN_TO_BE_REPLACED