Question of the Week: How do you respond to the claim that the Bible contradicts itself?

Example 2: Difference Between Two Details
What was Sodom’s sin?
Luke 10:10-12: Inhospitality?
Jude 1:7: Sexual immorality?
Genesis 19:1-5: Sexual immorality?
Jeremiah 23:14: Adultery and Lies?
Answer: Where do any of these exclude the others? Are Sexually Immoral people always Hospitable? Are liars always hospitable? Are adulterers always honest? Are inhospitable people always sexually moral?

Example 3: Misrepresenting Two Passages
Does the Bible say to honor parents or to dishonor them?
Luke 9:59-62: Don’t honor parents
Exodus 20:12: Honor Parents
Answer: The saying, “Let me bury my father” doesn’t mean his dad died. He was saying that he’ll follow Jesus after his dad dies at some point in the distant future. Even if you didn’t understand the reference, it wouldn’t be reasonable to conclude Jesus was commanding someone to dishonor their father. The only objective command Jesus made was to follow Him.

Download our A Reason For Hope App in the Google Play or Apple Stores! 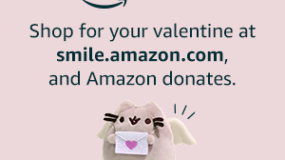 If you use Amazon...might as well benefit your Church! AmazonSmile is a website operated by Amazon with the same products, prices, … END_OF_DOCUMENT_TOKEN_TO_BE_REPLACED

Scott Richards is a graduate of The University of Arizona, and Talbot Theological Seminary. … END_OF_DOCUMENT_TOKEN_TO_BE_REPLACED

If you have further questions in regards to doctrine or the Bible, please feel free to write us a … END_OF_DOCUMENT_TOKEN_TO_BE_REPLACED