You are here: Home / Archives for Question of the Week

Question of the Week: What kind of rewards will we receive in Heaven and how do we earn them here on Earth?

Verses: Romans 5:8, Ephesians 2:8-9, 2 Corinthians 5:9-11, 1 Corinthians 3:9-15,
Before the rewards in Heaven are addressed, there needs to be a distinction between salvation and rewards in Heaven. Our entry into Heaven is a gift given to us by the grace of God. The commonly identified acrostic for grace is God’s Riches At Christ’s Expense. If we understand the difference between rewards in Heaven and the Gift of Eternal Life and Entry into Heaven itself then we can discuss how to earn rewards in Heaven.
The Basis for our reward in Heaven are the substance of our actions. Not just the actions done in our lives, but the intentions and motives that inspired them. A permanent source described as gold, silver, and precious stones were those actions motivated by an Eternal source, the Holy Spirit. And likewise, there are also only two things we can invest our time in life that will last forever are God’s Word and the Lives of People. People sharing the gospel, representing Christ’s heart, and living lives that reflect a sincere trust in His Word will receive these kind of Eternal Rewards. There are 5 crowns that we are aware of in Scripture that are noted specifically that we can earn beyond the freely given gift of our salvation; 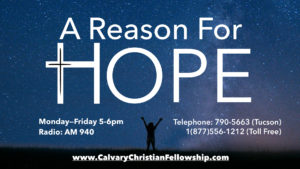 Call with your questions:

Or fill out the form below.

Question of the Week: Is the Book of Revelation written Chronologically? If not, then what order is it written?

This is the Book of Revelation Chapter by Chapter.

Chapter 1: The Things That Were – Over viewing who Jesus revealed Himself to be in the Gospels, fulfilling the Old Testament prophecies as the Messiah and God Incarnate.

Chapters 2-3: The Things Which Are – Prophetically Summarizing the Church Age along with the individual spiritual states each church can find themselves in relating to Jesus personally.

Chapter 4: The Conclusion of Chapters 2-3 ending in the Church being called to Heaven.

Chapter 5: The Beginning of the Tribulation as the Lamb takes the Scroll from the Father because of the work of the Cross, and those redeemed by it before the Tribulation, the Church, worship Him for it.

Chapter 6: The Tribulation Period, the First 3 ½ years of the final week of Daniel beginning with the impact and fallout of the Antichrist rising on the world scene, first bringing peace, then war and persecution of those who come to faith in Jesus following the Rapture.

Chapter 7: How God will be using Israel during the Tribulation Period, Chapters 6-9, through the 144,000 sharing the gospel with the whole world.

Chapters 8-9: The Tribulation Period continued, following the judgments from the world’s perspective facing a restrained form of God’s wrath against sin following Chapter 6.

Chapter 10: Introducing and explaining how the 144,000 came to a relationship with Jesus in the first place through the Two Witnesses.

Chapter 11: The Half-way point of the Tribulation, including the murder of the Two Witnesses, and introducing the Great Tribulation at the 3 ½ year mark.

Chapter 12: Why Satan is trapped on Earth and persecuting the saints instead of accusing them in Heaven.

Chapter 13: How Satan will be persecuting the world through the Antichrist and False Prophet.

Chapter 14: Following Chapter 7, A Summary of how God will use Angels to share the gospel with the entire world warning them to not take the mark until the very end of the Tribulation at the Battle of Armageddon.

Chapter 15: A Review of those saved by the 144,000 and the Angels and lost their lives during the Great Tribulation, and announcing God’s final wrath against sin to the world.

Chapter 17: Explaining what Mystery Babylon is as a religious system after being mentioned during the Seventh Bowl judgment.

Chapter 18: Explaining how God will judge Mystery Babylon as a commercial system specifically at the End of the Tribulation.

Chapter 19: Where the Church has been during the Tribulation since they were last mentioned in Chapter 5 worshipping God. The Second Coming of Christ and the Battle of Armageddon.

Chapter 20: The Millennial Kingdom immediately following the events in Chapter 19 and the Final Judgment of God at the Great White Throne.

Chapter 21: The New Kingdom that will follow the passing away of the old universe having been judged by God in Chapter 20.

Chapter 22: What to do with this information in the mean time.

Email your questions:
questionsforhope@gmail.com
Or fill out the form below.

God made three promises to Abraham.
The first promise was that he would have more children than stars, outnumbering the very sand of the seashore in multitude.
The second promise was that God would bless those that blessed him, and curse those who cursed him.
The third promise God made to Abraham was that through His Seed, all the nations of the Earth would be blessed.

This last promise was noting the Messiah would enter the world through his family line. We know that Abraham had more children than Issac, so do all of these promises apply to Ishmael and his other children as well as Issac and Jacob’s children as well? The answer is no. Abraham specifically blessed each of his children in turn, and under no uncertain terms passed all he had, spiritually and physically, to Issac, the son God told him would receive these promises. So what did Ishmael inherit? We are told specifically from God Himself. He would have many children as well, but not anything further. God’s blessing to Abraham passed onto the Sons of Issac and Jacob specifically, not to all biological descendants of Abraham.

Email your questions:
questionsforhope@gmail.com
Or fill out the form below.

Biblical counseling is a targeted form of discipleship. … END_OF_DOCUMENT_TOKEN_TO_BE_REPLACED

Scott Richards is a graduate of The University of Arizona, and Talbot Theological Seminary. … END_OF_DOCUMENT_TOKEN_TO_BE_REPLACED

If you have further questions in regards to doctrine or the Bible, please feel free to write us a … END_OF_DOCUMENT_TOKEN_TO_BE_REPLACED